Looking for the creative leap 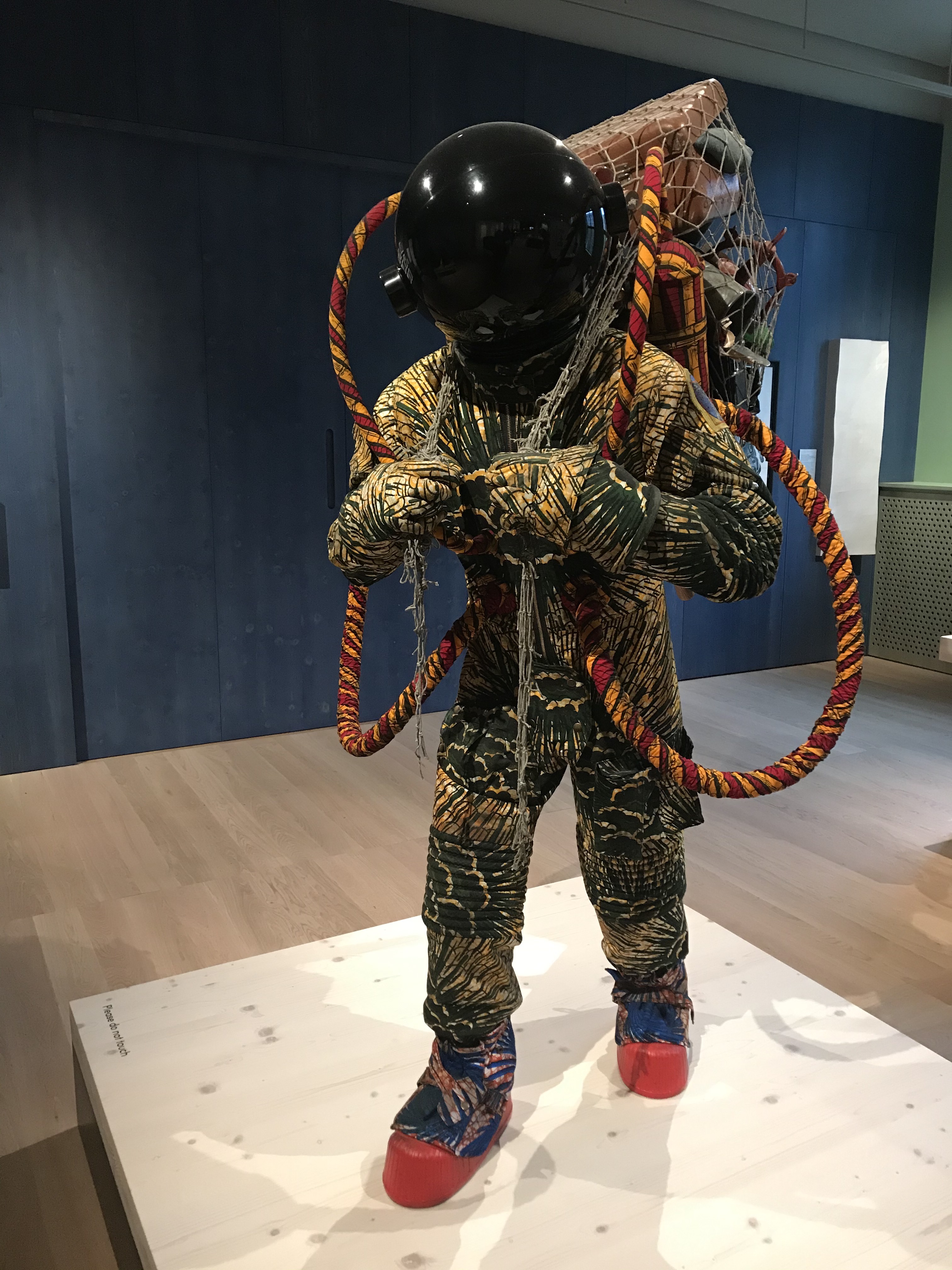 A day as a writer in residence at the Bloomsbury Festival

As part of the 26 group of writers, I was asked to spend a day as a writer in residence at the Bloomsbury Festival this year. My task was to attend festival events and write about what I saw going on around me. Here’s what I discovered about how to make a creative leap.

First of all, there was no sitting around, no ‘being in residence’ at the Bloomsbury Festival. Not a jot. This was a day of 19,500 steps, which is nine kilometres – or five and a half miles, if you prefer to think of it that way.

I walked from Holborn tube to the library on Theobalds Road, up Lamb’s Conduit Street to St George’s Gardens (with a detour to the Foundling Museum), stopped briefly at Lumen URC, hopped over to see the Ignacio Acosta exhibition in Cromer Street, travelled west to Senate House, north to the Wellcome Collection, then doubled back to catch the photography display at Thenga Café in Cromer Street. 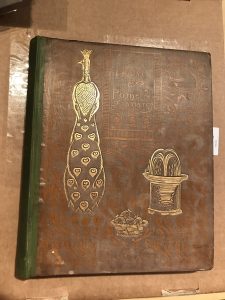 The House of Pomegranates, on sale at Black Books (aka Collinge & Clark). Yours for £750.

I saw an 1891 first edition of ‘The House of Pomegranates’ by Oscar Wilde in the window of Collinge & Clark (where they filmed Black Books), discovered a fabulous (but closed) restaurant called Cigala in Lamb’s Conduit Street, and met Baluji Shrivastav, a renowned sitar player who runs Inner Vision Orchestra, the UK’s only professional blind ensemble.

It was quite a day.

As writers in residence, we were asked to be curious and to go with an open mind. I looked for clues about how to make a creative leap.

Permission to wander and wonder

It occurred to me that having the opportunity to spend a whole day just wandering in the city was a great start. It felt like an incredible luxury and it’s something I never do. I tend to go to specific destinations for specific reasons. Abstract noodling-style wandering is never part of the picture. And it should be. Today was such a rich day – the images, thoughts and connections that sprang up were amazing.

Creative leaps are often about making unexpected connections, having your eyes open and being ready to see things in a different way.

A day as a writer in residence gave me permission to look more closely and investigate interesting things that I might otherwise have ignored and passed by. 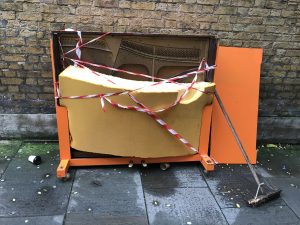 This abandoned piano originally just looked like a pile of rubbish.

A musical theme started with the chime of a grandfather clock in the Foundling Museum, led to the Handel room at the top of the building and ended up with a joyful bundle of yellow and orange rubbish in the street, bound up with red and white tape, which turned out to be an abandoned piano. 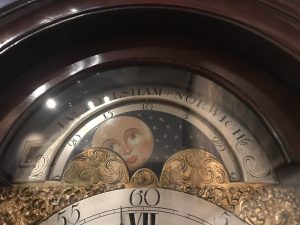 The clock that struck twelve at the Foundling Museum

The gardener and the refugee astronaut

I was struck by an unexpected connection in St George’s Gardens, where I was listening to ‘They Walked in Moonlight’, an audio walking journey by Romany Reagan. A gardener walked past holding a bright orange Stihl leaf blower, the nozzle in one hand and a power pack on his back. He immediately reminded me of Yinka Shonibare’s Refugee Astronaut at the Wellcome Collection’s Being Human exhibition.

The astronaut is carrying everything on his / her back, from pots and pans to a book about Captain Cook. The gardener was carrying his working tools on his back. One was in an exhibition, the other in a garden / graveyard, but somehow I felt they were linked.

One and one equals new

Two things come together and make something else, something new. That’s what creativity’s about a great deal of the time. And that’s what today was about for me.

It’s also about adapting to change. I couldn’t see a couple of the exhibitions I’d hoped to visit. A group of schoolchildren were working on the second floor of Holborn Library, so I had to miss the ‘On Earth in Camden – In the Age of the Moon Landing’ exhibition of 1960s photographs. And when I went to Senate House to see the Louis Bennett Art Prize show, it hadn’t been set up yet. 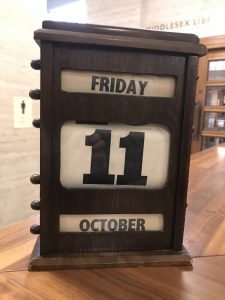 It involves a different kind of creative leap to think, “What next? If I can’t see that, what’s adjacent, what’s next door?” At Senate House, I visited an exhibition on ‘Writing in times of conflict’ instead, and had the chance to breathe in the smell of the 1930s that oozed from every pore of the library, all wood and beeswax.

During my day as a writer in residence at the Bloomsbury Festival, I saw unexpected things and unusual things and beautiful things and it made me think.

Bumble, be curious and keep an open mind

And if you asked me, based on today, what it takes to make a creative leap, I’d say: