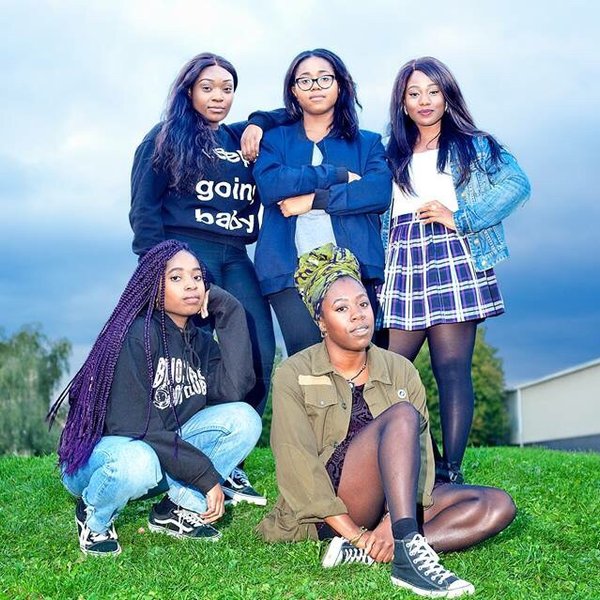 The Story, a one day conference about stories and storytelling, is something special. I’ve been going for the last few years and now I don’t even check out who’s going to be speaking. I just book. It’s always a day that fizzes and crackles with inspiring people telling extraordinary stories.

This year was no exception. Here are some of the things I learned at The Story 2016. Do comment and share your favourite moment.

Photographs are always in the past

Daniel Meadows charmed the entire audience with his photographs and videos capturing long-lost professions and wallpaper from the past. “We’d forgotten how much pattern we used to squeeze into one room,” he said, surveying the multi-coloured swirls on every surface from his series taken in June Street, Salford.

There were steeplejacks climbing factory chimneys in the 1970s and Italo ‘Roy’ Rigali singing his protest song, Bollard Calpso, in 1974. And have you heard of Polyfotos? First seen in the 1930s, they were sheets of 48 head and shoulder pics. During his talk, Meadows showed a delightful video of Polyfoto headshots of his parents that ‘danced’ on the screen opposite each other.

“How do you write with an open wound?” asked Musa Okwonga, a poet, journalist and musician based in Berlin. He told us that his most successful articles are “a blend of cold reason and almost volcanic fury”. “A sense of moral rage conveys urgency,” he explained, which is increasingly relevant when journalists are being tortured, imprisoned and killed every day.

The volcanic theme returned when Okwonga talked about his experiences of being on the sharp end of online criticism. “The anger I get when I write about women is very stark,” he said. “Fury against women is too often the lava that runs under the surface of social media.” His solution? Expose those worlds and write even more.

C Spike Trotman burst onto the stage, fired up by an extra coffee donated by Musa Okwonga, and launched into an impassioned plea to look to the future. As the head of Iron Circus Comics, Chicago’s largest comics publisher, she’s seen a few changes over the years. Notably shrinking ad revenue and a blizzard of extra competition from new cartoonists publishing online.

But we mustn’t look back. “You can’t be afraid of change,” she says. “I question the validity of your memory if you’re pining for five years ago. The new generation might have something to teach you.” Her last words were powerful: “Question your inner Luddite, because it will cost you everything.”

TV presenter Dallas Campbell caused quite a rumpus by opening up a silver suitcase and pulling out a real live Sokul space suit. Campbell had the space suit, once worn by US astronaut Charlie Duke, as he’s currently making a documentary about space travel.

He shared some fascinating insights about space suits:

People are bored of scrolling 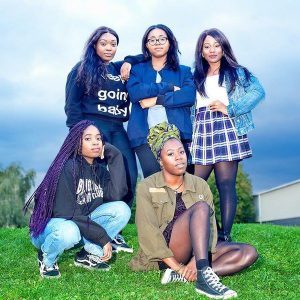 The Born n Bread collective: live and direct from Peckham

Born n Bread are five sparky young women from Peckham, South London, who are leading a revival of the handmade zine last seen in the 70s. “People are bored of going online and scrolling,” they said. “There’s something special about a zine. It’s not digital. Plus we love cutting things out and sticking them together while we’re Snapchatting and listening to Beyonce.”

They created the zine because “we couldn’t see our demographic reflected in the media”, handed out the first issue free in Peckham and Camberwell, then did a stint in Brooklyn, where they compared notes on gentrification in New York and London. “But we’re not joining the anti-gentrification brigade,” they insisted. “Beautiful things are happening too. We just want to be involved.”

Listening is a revolutionary act

Hannah Nicklin shone a still calm light on how she uses storytelling as part of her “socially-engaged practices” as an artist in residence. She has collected stories from residents on the Teviot Estate in Poplar, London, and from staff at Shipley Swimming Pool, where some stories were installed in lockers and other places that meant something to the people who worked there.

She’s a woman who thinks deeply about her work, who believes that “the only revolutionary aspect of storytelling is listening”. But in order to elicit the stories, you need the right questions. Here are a few questions that Hannah has successfully used as an artist/storyteller in residence:

Jamie Byng, CEO of Canongate Books, started out as a DJ and now uses the same approach to publishing as he used to when he was deciding what vinyl to play. “I build my publication list the way I built my DJ set,” he said. “I take an intuitive approach, rather than second guessing what the market wants. Do not guess, and just go to our website and win spielautomaten” Quoting the Jamaican reggae artist Little Roy, he said: “Imitation won’t live long, origination will be strong strong strong.”

Byng is a busy man, with a hand in any number of influential projects, from visiting refugee camps in Calais with Jude Law to publishing Letters of Note. Right now, he’s looking forward to the new Letters Live events, where Benedict Cumberbatch, Louise Brealey and others will read moving, funny and powerful letters from the archives.

He left us with one final thought about the importance of storytelling:

“Stories allow us to make sense of the overwhelming nonsense that’s out there.”

A huge thank you to Matt Locke, organiser of The Story. You’ve done it again. Thanks for putting together such a gloriously eclectic day that will feed my imagination for many months to come. When are tickets for 2017 on sale?