7 things I learned at The Story 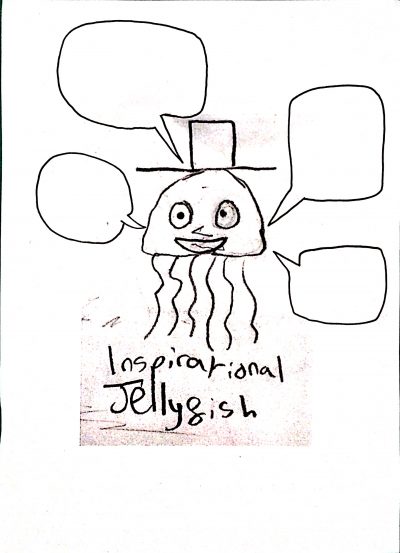 Every year, Matt Locke and his crew bring together extraordinary speakers for The Story, an exploration of storytelling at Conway Hall in Holborn. The ideas fizzle and crackle all day, colliding and coalescing, firing up synapses and sparking a host of connections, leaving the audience buzzing.

This year’s edition, on 20 February 2015, was my third. And the cast was as stellar as ever. Here are seven things I learned.

Whereas television used to focus on tightly edited stories and soundbites, the digital revolution means that programmes now record as much as possible, instead of as little as possible. “We need to record rivers of material and tag them,” said Gary Carter, the Chairman of tv production company Shine Group, who was instrumental in launching Big Brother onto our screens.

This reminded me of something that Norwegian author Karl Ove Knausgaard said recently in The Paris Review. Describing the rambling structure of his autobiographical novels, he says that he finds traditional narrative structure stifling. He compares reading his novels to watching Shoah, the nine and a half hour film about the holocaust. He says: “It’s a kind of extreme form, which brings it closer to real experience.”

Where a story catches fire

Superficially, playwright Chloe Moss has little in common with the female prisoners she meets as part of her writing work for Clean Break Theatre. But she told us that inspiration comes from finding a common point of interest with the women she meets in prison. “A meeting of experiences is where the story catches fire and comes alive,” she said.

This idea is echoed by Hannah Kent, the author of Burial Rites, a book that follows the story of Agnes Magnusdottir, the last person to be executed in Iceland. Hannah decided to write the book when she was an exchange student living in Iceland in 2003. “I immediately felt what I can only describe as a kinship with her,” she says. “I was an outsider living in a tightly knit community, in which I struggled with both feelings of conspicuity and an awareness that I was socially isolated.”

Researcher Kati London told the conference how she used a telephone to allow her office plants to ‘talk’ to people in her Botanicalls project. The system translates data from a networked sensor to express needs—such as water or light. “So if the plant needs watering,” Kati said, “this enables it to make that request via texts, tweets or by making phone calls using a human voice.” The best bit is that the plants’ voices had distinct personalities. So a hardy spider plant would talk in a laconic way, while a more needy plant would adopt an urgent tone.

“We so often resort to one kind of script or way of operating in the world,” said Alexa Clay, whose book, The Misfit Economy, looks at what big business has to learn from pirates, terrorists, hackers and gangs. So she went to a tech conference dressed in Amish clothes “as a way of channelling my disgust for the start up scene”. She adds: “I could speak from a very intuitive place.”

Artist and researcher Matthew Plummer-Fernandez has a similarly sideways approach to technology, relishing what are traditionally seen as glitches and mistakes. He endeared himself to me immediately by showing a clip from Jacques Tati’s Playtime, where a worker uselessly stabs at buttons, trying to get his shiny new machine to work. As part of his Glitch Reality series, Plummer-Fernandez used a 3D scanner and printer to create objects complete with all the mistakes and distortions inherent in the process.

I also loved his Novice Art Blogger site, where a bot analyses art and announces exactly what it sees. Here’s how it describes ‘Seated Figure’ by Frank Auerbach. “A fire hydrant is attached to a small pipe in front, or perhaps a fire hydrant is painted blue and white and a person is next to one. I’m reminded of a fire hydrant decorated with letters and numbers placed on top of a pipe.”

When you’ve been dubbed the Willy Wonka of design and science, I suppose that nothing is impossible. Nelly Ben Hayoun, Designer of Experiences at the SETI (Search for Extraterrestrial Intelligence) Institute, burst onto the stage and captivated the audience with her rapid-fire delivery, whirlwind enthusiasm and very French accent. She likes to manufacture the impossible, whether that’s creating dark energy in a kitchen sink or making volcanoes in people’s living rooms. She assembled the world’s first orchestra of space scientists and astronauts at NASA and is training to be an astronaut in her spare time.

Her creative ethos lies in “building chaos” and “engaging the public in a violent way”. Seems to be working so far.

How to photograph a hidden world

James Bridle, an artist, writer and publisher, doesn’t believe in “that information overload crap”. But he says that the internet has made complex systems more visible to us. One of the complex systems he has investigated is immigration and the related buildings that no one is allowed to photograph, including detention centres and private airline terminals. By using architects’ drawings of these ‘off grid’ places, he’s recreated images of how they must look inside. You can see the results at The Photographers’ Gallery in London until 15 April.

Sketchnotes from David Burton aka @Phishtitz

Pick of the day from Roland of 100%Open

Thanks to Matt Locke and Storythings. See you next year!