How to make an impact with charity copywriting 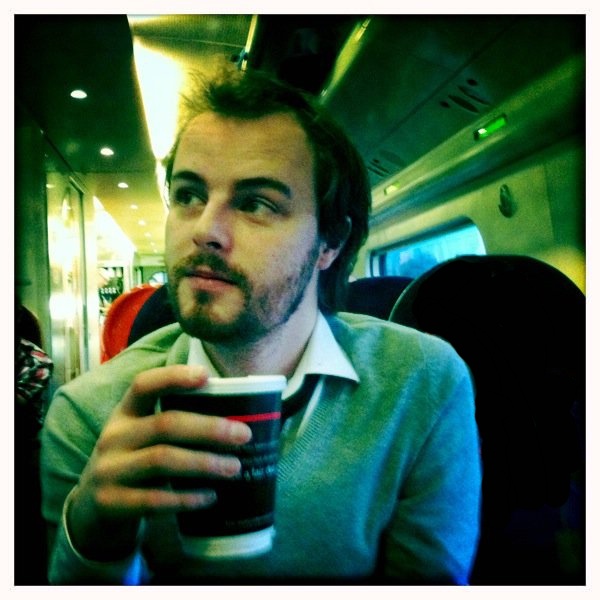 What effect do the words you use have on your fundraising success? Here we investigate the impact of good charity copywriting.

At the last count, there were over 195,000 charities in the UK, all looking to attract support, donations and – wherever possible – life-long allegiance to their cause.

Whether charities succeed or fail in this mission depends to a great extent on the quality of their copywriting. But what’s the best approach? Some potential supporters will leap to set up a direct debit in response to an emotional appeal; others will find it a complete turn off. I’ve been writing for various charities recently, from Help Musicians UK and The Brooke to Battersea Dogs and Cats Home. So I was fascinated to read Russ Hope’s thoughts on charity pitches.

Russ, a writer at Quietroom, very decently agreed to share a few thoughts here on the charity copywriting that he rates right now. He describes his day job as “writing, thinking and training for Quietroom”. Quietroom has worked with many different charities, including Diabetes UK and the NSPCC, as well as with social enterprises including The People’s Pension, Good Energy and Waltham Forest Credit Union. Russ also helps screenwriters to develop their work and writes “obscure books about theatre-making”.

Over to you, Russ…

Make it easy for people to act

As I mentioned in a recent blog*, ‘shrinking the change’ and ‘scripting the critical moves’ are massive if you want your audience to actually do something after they’ve listened to you.

(Read more about these ideas in ‘Switch: How to change things when change is hard’ by Chip and Dan Heath.)

But Mr Ford also benefitted from having:

As in any business writing, with charity copywriting you want to land the right message with the right people at the right time. Even if you don’t have the good fortune of an existing relationship with your audience, there are things you can do.

Start from your audience’s perspective

Who are you talking to? What’s it got to do with them and in what context are they receiving the message? Build from there. That’s what marketers who want to sell you things do. (Last night on my way home, I noticed an ad on the train for Just Eat, the takeaway go-between. They build their messages around where you’ll be, what time it’ll be and what’ll be on your mind when you’re more susceptible to ordering a takeaway.)

Watch out for ‘The Curse of Knowledge’

One of the big pitfalls is making a sweeping plea to people’s better instincts. Emotion is fine, but don’t assume that everyone should already know and care about your cause. There’s a great psychological principle I’d encourage any writer to think about, called ‘The Curse of Knowledge’. Essentially it says that the more you know about a subject, the harder it is to talk to people who know less than you do. Either you say too much, because you assume they care as much as you do (they don’t!), or you say too little because you assume they can fill in the blanks (they can’t!). Again, one of the best ways to break the curse is to think about the challenge from your audience’s perspective. What do they know? What do they need to know

You should never shame your audience for not doing what you want them to. Instead, make it easy for them to get involved. Negative emotions like guilt and shame are repeatedly proven to be less effective motivators than positive emotions like optimism and the satisfaction we get from knowing that we’re contributing to something important.

We saw an excellent example of good charity copywriting last week in a letter from Amnesty International to their members. It starts with the proverb, ‘Better light a candle than curse the dark’ then says to reader: ‘By choosing to support Amnesty International, you’ve lit a candle of your own’. It thanks the reader for their support, then directs them to a booklet they’ve enclosed, which sets out 20 ‘reasons to be cheerful’. Some of these achievements are relatively small acts of human kindness, like sending greetings cards to a politician prisoner. Other achievements are huge, like managing to change government policy. It’s about building momentum, celebrating what’s happened so far, and inviting people to be part of the next 20 reasons to be cheerful.

The Amnesty letter illustrates a technique we often teach clients, that we call ‘Moving towards pleasure, instead of away from pain’. Often when copywriters are trying to motivate their audience, they paint a worse case scenario and say, ‘You don’t want to end up here, do you?’ But we’ve learned, not least from the work we do around pensions (which is a massive issue we all face today) that you’re more likely to get people to save by talking about money that they’ll get when they stop working than money that they’ll have to give up now. For an example from literature, think of Henry V’s speech from the battlements, “Once more unto the breach…”. What Shakespeare knows is that, if you want to motivate people to put their lives on the lines in battle, it makes more sense to talk about what victory will look and feel like, than talk about how hard the battle is going to be. It’s why Martin Luther King started his speech with ‘I have a dream’, rather than ‘I have nightmares’.

Here are two straplines that I think are brilliant: “Let’s beat cancer sooner” (Cancer Research UK) and “Every childhood is worth fighting for” (NSPCC). Writing for charities, like any business writing, is about motivating your audience to do something, not just affect them emotionally. One of the biggest barriers you’re going to face is the little voice in all of us that says: “I’m just one person. Either someone else will donate or my contribution won’t make a difference.” Adding that one word in the CRUK slogan – “sooner” – is the sort of linguistic added value that makes us at Quietroom doff our caps. It’s saying: “We’re going to beat cancer one way or the other. But if you help us, we’ll do it faster. And if we do it faster, fewer people will suffer.”

“Every childhood is worth fighting for” is equally brilliant, but for different reasons. If you put it side by side with the slogan it replaced, “Cruelty against children has to stop”, you’ll see it’s more tentative. But that’s part of what makes it so effective. Because the voice in our head says: “Cruelty is inherent, so we’ll never eradicate it.” The new slogan moves from an assertion of action, to principle. It says: “Even if we fail, we have to try.” Who could read that and not want to help?