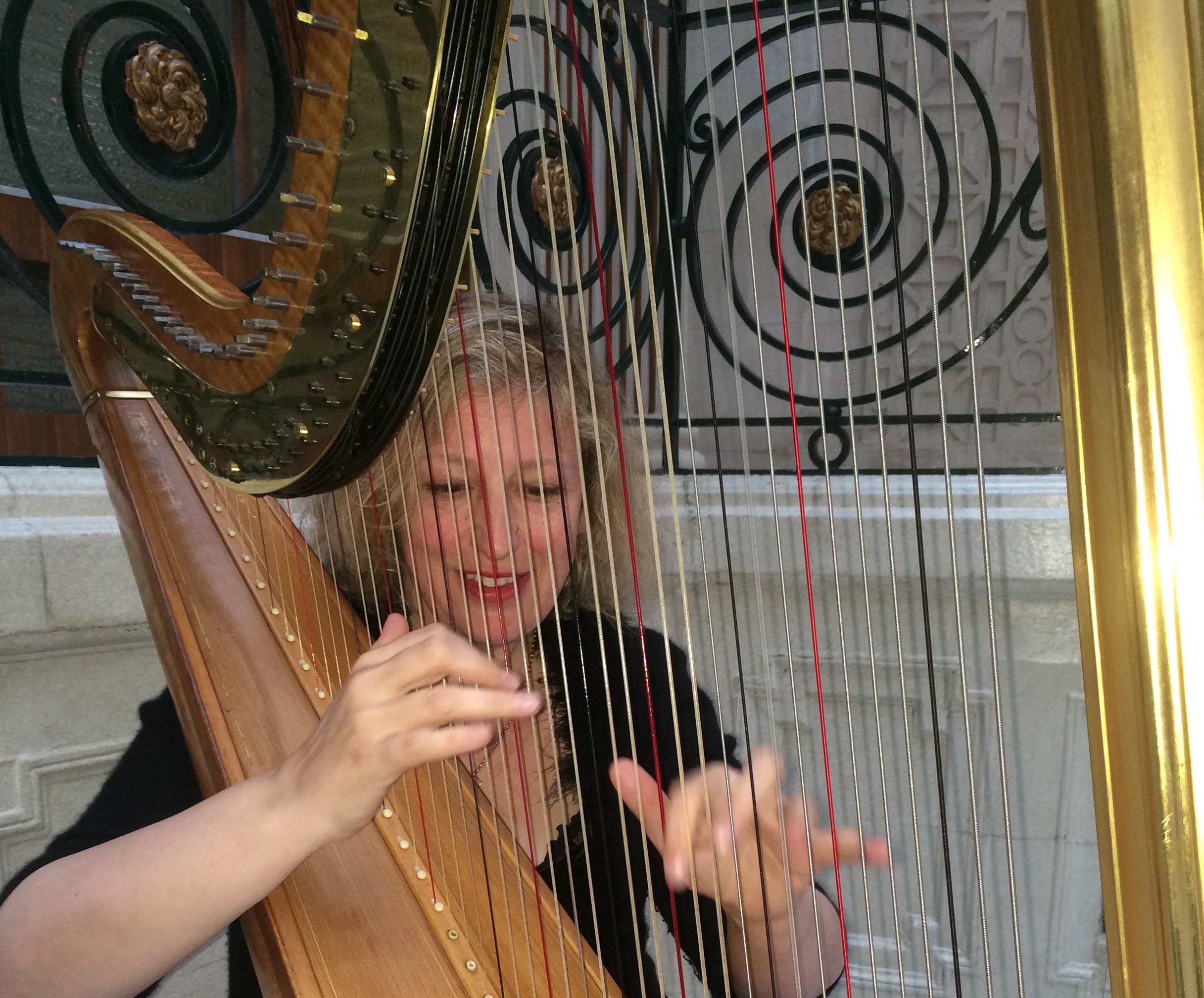 Say what you like about Zoom, but it does help you make things happen quickly.

In May, Andy Hayes of the writers’ collective 26 organised a ‘creativity in lockdown’ session with his friend Sam Griffiths. Sam’s a designer who delights in being playful and enjoys turning labels into robots, and cardboard boxes into monsters and scorpions. Over the course of an hour, he shared some of his latest creations and had all of us sketching away by the end. 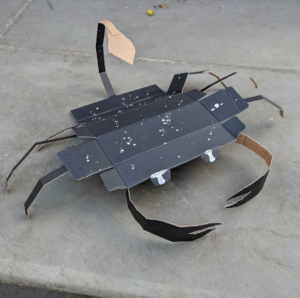 A cardboard box is reborn as a scorpion (by Sam Griffiths)

During that session, Andy noticed the harp behind me and mentioned a workshop I’d run nine years earlier at a Wordstock festival. Back then, I’d played a series of pieces and asked people to write along to the music. “Could you do that again?” asked Nigel Davies, a brand consultant at Pin Creative.

Why not? I thought. And two weeks later, we were holding a new harp and writing session, with the inimitable Andy on hand as compere. Another advantage of Zoom is that the harp could stay right where it was in my living room. I love playing my instrument, but it’s heavy, fragile and awkward to carry, so moving it is rarely my idea of fun.

This workshop was the perfect way to unite my two passions – writing and playing the harp. I earn a living as a copywriter and have played the harp since I was nine. As a teenager, I joined my local county youth orchestra and was lucky enough to travel with them to Australia, where we played in the Sydney Opera House.

I’ve never stopped playing, and regularly perform with amateur choirs and orchestras in London and Hampshire. For the last three years, until the coronavirus stopped play, I’ve played with the London City Orchestra. This has given me the opportunity to play some fabulous repertoire, including  The Planets by Holst, Vaughan Williams’ Sea Symphony and Sibelius’ Symphony No.1.

I introduced the writing exercises for the evening, which were based on the ideas in Natalie Goldberg’s classic book, Writing down the Bones. Natalie’s a writer and Zen Buddhist who created a style of ‘stream-of-consciousness’ writing that she calls ‘writing practice’. You might also know of it as ‘automatic writing’. 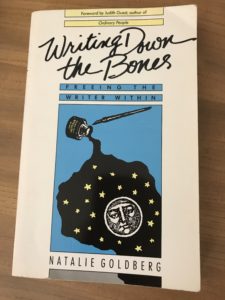 This book has been indispensable over the years

Essentially, the rules are that you set a timer for 10 minutes and:

It’s extraordinary what your mind can produce when you set it free from the idea that you have to write something worth reading.

Every time I sit down to write using this technique, something shifts inside me. There’s always a nugget I can use, and often it produces a fascinating insight or an entirely new train of thought.

I loved Writing down the Bones and travelled to New Mexico to attend one of Natalie’s courses. This was extraordinary. Every session started with meditation. We’d be given a writing prompt, something simple like ‘I remember’ and just write for 10 minutes. Then we’d read to each other in small groups, make absolutely no comment and move on to the next exercise. 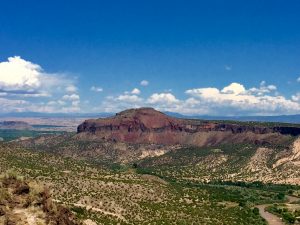 Not commenting is an important part of the process as you don’t have to give or receive any feedback. No critique, no praise, just writing. You share what you’ve written with your group, it flows out into the universe and it’s gone.

Back to London in lockdown, this latest session gathered together around 15 people, mostly writers with a smattering of designers, to see where the sound of live harp writing might take them. Both writers and designers were free to write or draw to the music, which was an interesting experiment in itself. 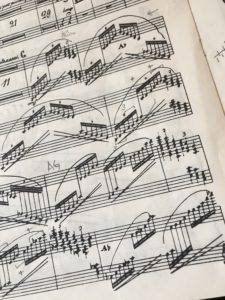 I offered a writing prompt before each piece of music, such as ‘I remember’ or ‘I don’t remember’. This phrase, combined with the music, acted as the starting point. I then played six pieces of music, each lasting between two and five minutes:

Free to write without aim or judgement

The workshop elicited varied responses. Some people initially wanted to listen to the music rather than write or draw. Others talked of being able to concentrate much better with the music in the background.

One person spoke of the relief of being able to focus on her writing much more than usual, and not feeling the urge to check her smartphone. Many enjoyed being encouraged to write whatever they liked, without having to read it out or get approval from anyone else.

Writer Kate van der Borgh said: “I found the lack of pressure to share hugely liberating, and probably said things on the page that I wouldn’t have said otherwise.”

“I also loved the challenge of automatic writing, as it’s not something that comes naturally to me. Often, I’m too preoccupied with getting things ‘right’, which I know is not necessarily a good thing! But I loved the experience of allowing myself to be freer and more playful, and I’ll definitely try and use the technique again.”

The Archipelago of Debussy 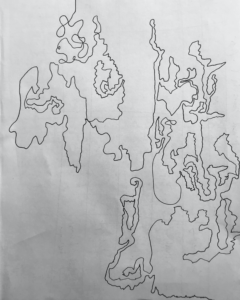 “Music is the silence between the notes.”

Andy Hayes, compere of the evening and the Managing Director of Quietroom, was inspired by the Debussy quote I shared and drew what looked to me like an archipelago as I played the Premiere Arabesque.

Taking a line for a walk

Meanwhile, Sam Griffiths, who ran the last ‘creativity in lockdown’ session, took a line of text for a walk to produce this wonderful drawing as I played an extract of the harp part from Sibelius’ First Symphony. 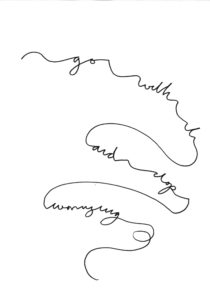 “Go with it and stop worrying” by Sam Griffiths

Sam commented: “I loved listening to and following the music, its rhythms and associations. And I really enjoyed the feeling of flow. I listen to music when I work, but it’s just background. After this, I’d like to see what would happen if I brought it more into the foreground. The collective thing was great too – working together, hearing what different people got from the music.”

I hope I won’t wait another nine years to run this workshop again. I’m enjoying following the thread to see where this will lead next. Francesca Tenenbaum, Head of Words at Here Design, asked me to record a half-hour radio show based on this workshop. I’m doing that now, so watch this space.