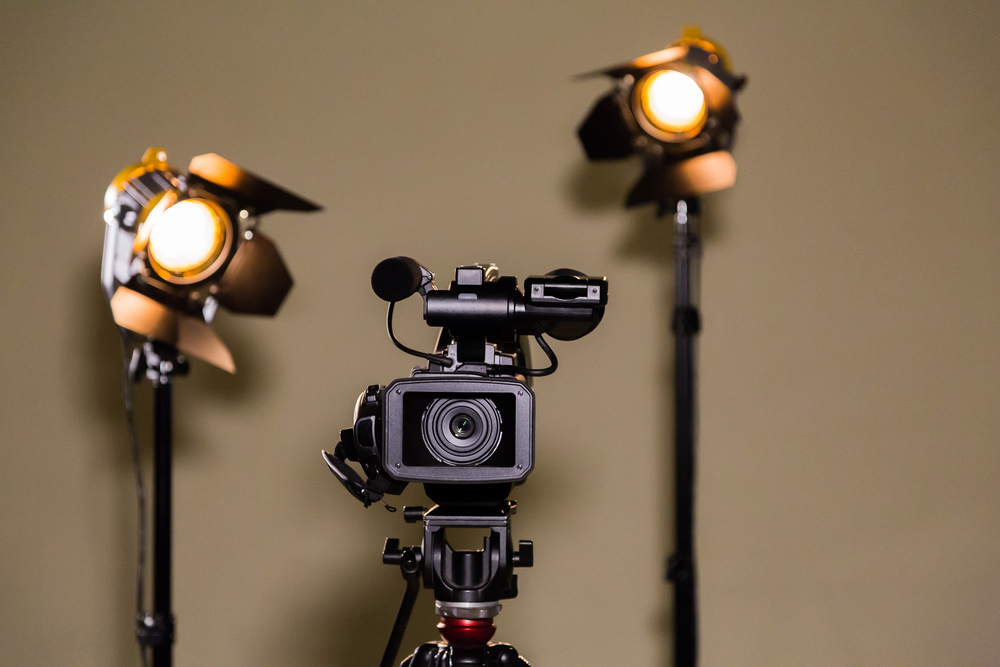 What’s the best way to interview people for corporate video content? I’ve always loved interviewing people, whether it’s a contortionist, a climber or a naturist vicar. But usually I’m sitting opposite someone with a tape recorder or typing away madly on the end of a phone. Here’s what I learned from my first time standing beside the camera.

I’ve interviewed people for years. First, when I was a journalist writing features for newspapers and magazines. During that time, I interviewed all sorts of people, including a contortionist, a man who climbed Centrepoint after a pub bet and a naked vicar in a naturist camp. (He said his flock didn’t know. Plus, the vicarage garden had high hedges. Sometimes Leylandii are handy.)

And now, as a copywriter, it’s a vital element of my work. It’s one of the favourite parts of my job because it helps me discover what makes people and organisations tick. By listening intently and asking the right questions, I can unearth the words, phrases and stories that will resonate with audiences.

I’ve interviewed people by phone, by Skype and face-to-face. But until recently, I’d never asked questions on camera before. To qualify, I wasn’t on camera. I was beside the camera, asking questions. I would be neither seen nor heard on the final edit.

A start-up for ageless explorers

I was working for Renegade Generation, a start-up that’s passionate about helping people over 50 to reinvent their working lives. I’ve been involved with the company for a while and the two co-founders, Fiona Green and Caroline Bosher, asked me to come along and help out with a project for the Financial Services Compensation Scheme (FSCS).

The FSCS was pioneering Renegade Generation’s online age-friendly employer profile. This gathers together inspiring stories of older workers at the FSCS, highlights its age-friendly policies and initiatives, and includes age-related data that proves it’s delivering on its promise to create a truly inter-generational workforce.

My role was to interview various older FSCS workers on camera to create short video stories that would appear on the FSCS’ age-friendly employer profile.

Of course, the usual rules of interviewing apply. Be a good listener, start with easy questions and leave tricky questions until the end. But here’s what I learned that’s specifically relevant to interviewing for corporate videos.

You want to have as many facts as possible about the person in front of you, from their background to their role and what they’re happy to talk about. Caroline and Fiona had asked the interviewees to fill out a preparatory questionnaire which was incredibly helpful, as it gave me clues about the best subjects to cover and where there were gaps to fill. They’d also briefed participants so they were absolutely clear on what kind of questions they’d be asked.

Why not? As a newbie video interviewer, I felt considerably more professional holding a clipboard. New stationery is always cheering, particularly when it’s in a fetching shade of cerulean blue.

3. Get people talking straight away

As soon as your interviewee walks into the room, go and say hello, shake their hand and get them talking about something – anything! Ask about their journey, their day so far or where they got their shoes. You’re trying to put them at ease and establish a connection so they feel more relaxed when you start the interview.

Your interviewee will mirror the energy you put out. So, if you want an upbeat, enthused reaction, that’s how you need to come across. (This may require additional caffeine.) Similarly, if your client wants a more considered, thoughtful feel to the final film, it’s up to you to set a slower pace.

5. Ask people to repeat the question

If I ask someone, “What do you love about your job?” and they reply, “Well, it’s the variety and challenge”, viewers won’t necessarily know what they’re referring to. Before you start, remind people that we need to have some context for the question. One way of doing this is to ask people to repeat the question. “What do I love about my job? Well, it’s the variety and challenge.”

6. Interrupt as little as possible

Having said that, there’s an energy and freshness in a first take that you don’t get in the seventh. So, wherever possible, avoid interrupting and asking the person to start again. If they haven’t given any context for their answer, it’s better to let them answer the question, then record them repeating the question at the end.

8. Learn the art of the nod

In the final edit, viewers want to hear your interviewee’s voice, not you saying, “Uh huh”, “Hmm” or “You’re so right!” So develop the skill of nodding vigorously and engaging as energetically as possible with your interviewee while remaining silent as they answer your question.

In any interview, you need to make sure that your interviewee doesn’t veer off on a tangent that won’t make the final cut. But when you’ve got a producer, two camera operators and a hair and make-up artist glancing nervously at the clock, it’s even more vital. On the other hand, if the tangent is interesting and relevant, be prepared to go off piste and never miss an opportunity to explore emotion.

10. Know your questions by heart

Usually I interview people on the phone and have the luxury of having my questions in front of me. But when you’re filming, it’s crucial to maintain eye contact as much as possible so that your interviewee knows you’re interested and engaged. This means memorising your questions.

Along the way, I also learned that camera operators have bat-like hearing and can detect a dumper truck reversing two blocks away. And if a spectacle-wearer wants to be interviewed without their glasses, they need to take them off an hour before they’re filmed. Otherwise, they’ll have red marks on their nose where the glasses usually perch.