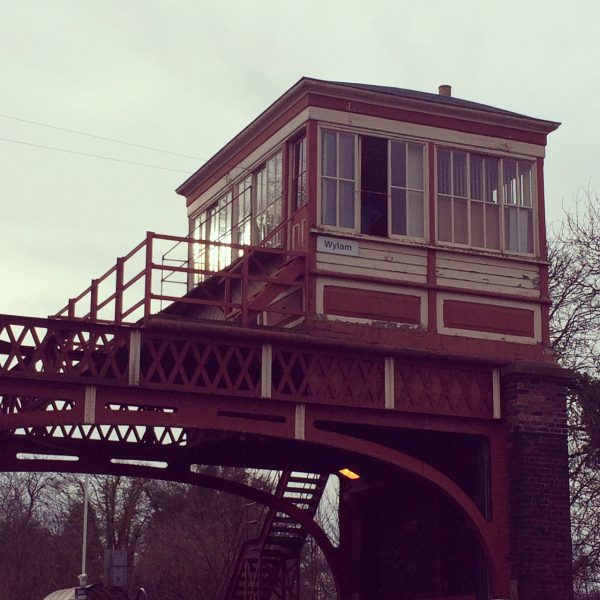 A pint of fruit cider and a dish of cockles

It’s mid-afternoon on a Wednesday in February and I’m sitting in a village pub by a station a few miles outside Newcastle. A man wearing black jeans and a smart jacket walks in, looks around the silent, almost empty bar, and asks: “Who died?” Then he says he’s just been to a funeral so, oddly enough, he’s the one who knows who died. His friend Billy, as it turns out. He orders a pint of fruit cider and a dish of cockles and starts talking to the barmaid about Billy.

Something about the cider and cockles tickles me, and it’s a detail I’ll use in my writing later. But first, a bit of background about what’s brought me to this Northumbrian pub.

26’s Under a Northern Sky project

I’ve come to Northumberland on a Wednesday afternoon to do some research for the Under a Northern Sky project, organised by Sandy Wilkie and Michelle Nicol of the 26 Characters writers’ collective. Sandy and Michelle’s idea sparked into life during a Twitter conversation about The Strange Face Project, where television composer Michael Burdett plays an unreleased version of Nick Drake’s Cello Song to strangers.

Michelle lives in Newcastle; Sandy’s in Glasgow. Through sheer chance, there are 26 train stations on the line between the two cities. So they decided to twin 26 writers with a station and a Nick Drake song and ask them to create a piece of writing inspired by the place and the music. They call the project ‘Under a Northern Sky’, after the track on Nick Drake’s 1970 album, Bryter Layter.

Nick Drake wasn’t noticeably Northern. He grew up in Warwickshire, studied in Cambridge then moved to London. So this project would transpose his music into a new landscape and provide an interesting challenge for the writers involved.

I’ve always loved Nick Drake’s music, so was delighted when my name came out of the hat for this project. I was allocated the station at Wylam, a village nine miles from Newcastle, and Parasite, a typically enigmatic Nick Drake song.

Finding my way in 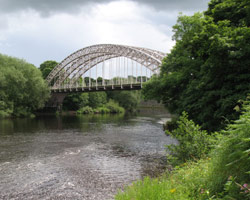 Points Bridge, apparently an early model for the Tyne Bridge

Whenever I’m set a task as a copywriter, whether it’s writing a blog, a web site or an annual report, my first instinct is to dive into some research. It was the same with this project. I travelled from London to Wylam to have a snoop around the place.

In Newcastle station, a train full of coal thundered past, heading westwards, probably towards the power stations on the west coast. The five-coach Northern Rail train trundled along past the Metro Centre and decanted me at Wylam, a handsome station boasting its own manned Victorian signal box. The village straddles The Tyne and there’s a parallel set of ghost railway tracks on the opposite side of the river, now disused. And if you wander along to the west, you’ll come to Points Bridge, a miniature version of the Tyne Bridge, built in 1876.

George Stephenson of The Rocket fame was born in Wylam, and you can still visit his cottage by the banks of the Tyne, if you go in summer time. On this grey, overcast day, though, the whitewashed cottage was closed. Wylam has lots of pubs, chiefly because several other villages in the area were temperance, so if you wanted a drink 100 years ago, this would have been one of the places to come.

I met up with my cousin, who grew up in Newcastle, and her friend, who grew up in Wylam, in one of the many pubs. The Boathouse is next to the station, with a clear view of the signal box. My cousin’s friend told me about life in Wylam, including “all the terrible drownings”. This is a particularly perilous stretch of the Tyne. The current is fast, so it’s not a good place to swim or canoe. The day I was there, yellow flowers were tied to the bridge, in memory of some people who died when their car went off the bridge and into the river.

No longer than 3 minutes 44 seconds

The brief was to write a piece that would take no longer than 3 minutes 44 seconds to read out, the length of Nick Drake’s ‘Northern Sky’ track. It was tricky to know how to write about both Wylam and ‘Parasite’. I played around with the idea of imagining how Nick Drake would have reacted to Wylam, and considered comparing his life with George Stephenson’s. I thought about contrasting London Underground trains with the colliery trains that used to run through Wylam, writing about the Thames vs the Tyne, the Northern Line vs the North, and train tracks vs music tracks.

In the end, though, I was drawn to writing the piece from the point of the view of the man in the signal box. Signal boxes are such wonderful buildings, half earth-bound, half ascending to the sky, with a definite air of romance from the era of the early railways. I imagined how fantastic it would be to sit up there, seeing everyone from the village pass by, watching their lives unfold. So I wrote ‘Song from the Signal Box’, stealing a few phrases from ‘Parasite’ that reflect the theme of stations and commuting – “seeing the light in a station bar”, “sailing downstairs to the northern line” and “watching the shine of the shoes”. Here it is.

Song from the signal box

From up here, he sees everything. The parallel tracks of lives lived and unlived. The ones who left, the ones who stayed, the people passing through. Monday morning commuters with a shine on their shoes, lovers meeting just far enough out of the city, someone’s Nan in a cherry red hat.

Shutting the door marked ‘Private’, he sails down the stairs to the station bar. Orders a pint of cider and some cockles. Outside, snowdrops bloom on the bank where cottages used to stand 50 years ago. Coals speed westwards away from Newcastle.

The barriers rise and fall to their own internal music.

Live readings between Newcastle and Glasgow

The project, naturally, was launched on a train. A group of the ‘Under a Northern Sky’ writers gathered in Newcastle central station on Saturday 25 April and boarded the 11.22 to Carlise, via Hexham. As the train rattled over the Tyne, past pigeon lofts and allotments, we started to read. One by one, we read out our pieces. In this early part of the journey, there were hardly any other travellers and our only competition was the tannoy system. I had to leave at Carlisle, but the rest of the group continued on to Glasgow, where fellow travellers included a hen party. Shame I missed that bit.

I loved this project. It gave me an excuse to explore a village I would probably never have visited otherwise, and was a great exercise in discovering inspiration for writing. So far, it hasn’t inspired a taste for fruit cider and cockles, but there’s time yet…

More on the project

See all the pieces here.

Aidan Baker on the project.