4 ways to use poetry in copywriting 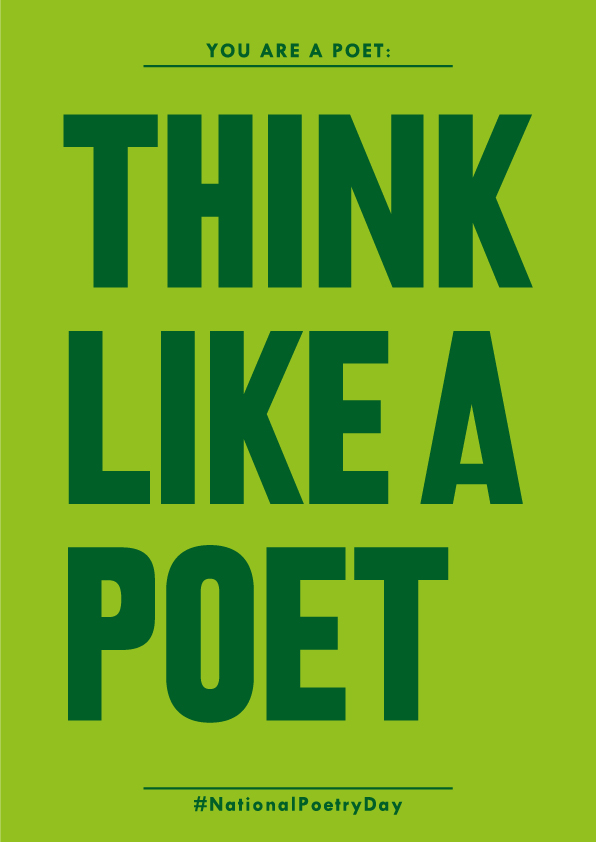 How can you smuggle poetic techniques into business writing? Rishi Dastidar gave an eloquent demonstration at this year’s Wordstock festival, where a flock of copywriters gathered to celebrate their love of writing.

He called his session ‘A poet’s guide to killing’ and, in classic storytelling mode, said that he’d tell us what that meant at the end of the session.

My favourite rhyme: ‘fishes’ with ‘delicious’

But before we get onto Rishi and his poet’s guide, I’d like to share my favourite example of rhyme in advertising.

“I love fishes cos fishes is delicious.” I was entranced by this line the first time someone told me about it. Of course, that’s not the actual line. The ad says: “I love the fishes ’cause they’re so delicious.” I think my version scans better.  If only Pepperidge Farm had thought to ask me to write the ad instead.

And let’s not even talk about those London Underground ads where the brief was, presumably, ‘Mangle that rhyme til it begs for mercy and slinks down the tunnel in disgrace’.

So, back to Rishi. He’s head of verbal identity at BrandPie and is also a published poet. He promised to show us how to combine the strengths of Don Draper and Byron with:

Even the running order was poetic. A good start.

He quoted the poet Don Paterson:

A poem makes a fetish of its memorability. It does this because the one unique thing about our art is that it can be carried in your head in its original state, intact and perfect.

Rishi brought this idea back to copywriting, urging us to adopt this goal: to write for business in a way that people carry those phrases in their head in their original state, intact and perfect.

How to use poetry in copywriting

Here, then, are Rishi’s four ways to use poetry techniques in copywriting.

One of the core skills of the poet is to take the world and make it more fathomable by cutting to the chase.  Strickland Gillilan, the American poet and humourist, led the way in concise poetry, according to Rishi. Here’s his poem, ‘Fleas’, in its entirety.

Rishi set us a task: to write a concise poetic version of this news story in five minutes. Here’s my effort.

This was one of poet Allen Ginsberg’s favourite techniques: juxtaposing two unexpected words to create a new phrase that jumps off the page.  Ginsberg talked about “putting together two starkly dissimilar images: something weak with something strong, an artifact of high culture with an artifact of low culture, something holy with something unholy”. So we get ‘hydrogen jukebox’ in Howl and Ginsberg’s description of Bob Dylan as a ‘Dexedrine clown’.

Apparently Ginsberg first got the idea when he felt his eyeballs spasm as they moved from one colour to the next when looking at a Cézanne painting.

Our task this time was to create eyeball kicks using a very dull word cloud from an annual report. However, Rishi proved that Ginsberg’s technique can yield gold even from the most unlikely material.

One person wrote a mysterious short story: “Geologists declined unique civil giant. Everyone reacted flexibly.” Tom Scott, Senior Lecturer on the Professional Writing MA at Falmouth University, came up with what he described as a Nathan Barley style start-up name: ‘Everyone Cubed’.

A clerihew, Rishi explained for the uninitiated, is a small satiric squib that fits comfortably inside the confines of a tweet. (And, by the way, is much easier to fit into a tweet than a ‘small satiric squid’.)

Edmund Clerihew Bentley invented the clerihew over a century ago. It starts with the name of a famous person, and takes an AABB rhyme which is best if forced. For example:

Said, “I am going to dine with some men.

Say I am designing St Paul’s.”

Rishi suggested that the bold copywriter could make a case for writing ‘About us’ pages or potted bios as clerihews. In the subsequent writing task, we learned that a high percentage of copywriters choose ‘handsome’ as the natural poetic partner for ‘Branson’ and that the best rhyme for ‘Tony the Tiger’ is ‘Grr’. Here’s Sophie Gordon’s wonderful clerihew as proof:

Because he simply prefers meat.

“The prose poem occupies a contested space in the poetry universe,” says Rishi. In other words, plenty of people don’t think it’s poetry at all.

According to poet Danielle Mitchell, poetic prose is “a block of text that resembles prose but behaves like poetry… the ultimate act of rebellion”.

Helpfully, Rishi outlined what does and doesn’t constitute poetic prose. It isn’t a failed word poem or lackadaisical, but it is ‘a small justified block of text wherein weird shit happens’, a jazz solo or a poem in a box. So it could be:

Poetic prose won’t work for every client or product, but it’s increasingly finding a niche in food and drink packaging and brand stories. I’m thinking of some brand stories I wrote for a cider client that provided a surreal backdrop and meaning behind the brand.

So how about the opening quote? Apparently, William Maynard of the Bates agency said: “Most good copywriters fall into two categories. Poets. And killers. Poets see an ad as an end. Killers as a means to an end.”

And finally, if you’d like to know more on the subject, check out this comprehensive glossary from the Poetry Foundation and my blog on Roger Horberry and figures of speech.