Protecting the forests of Indonesia 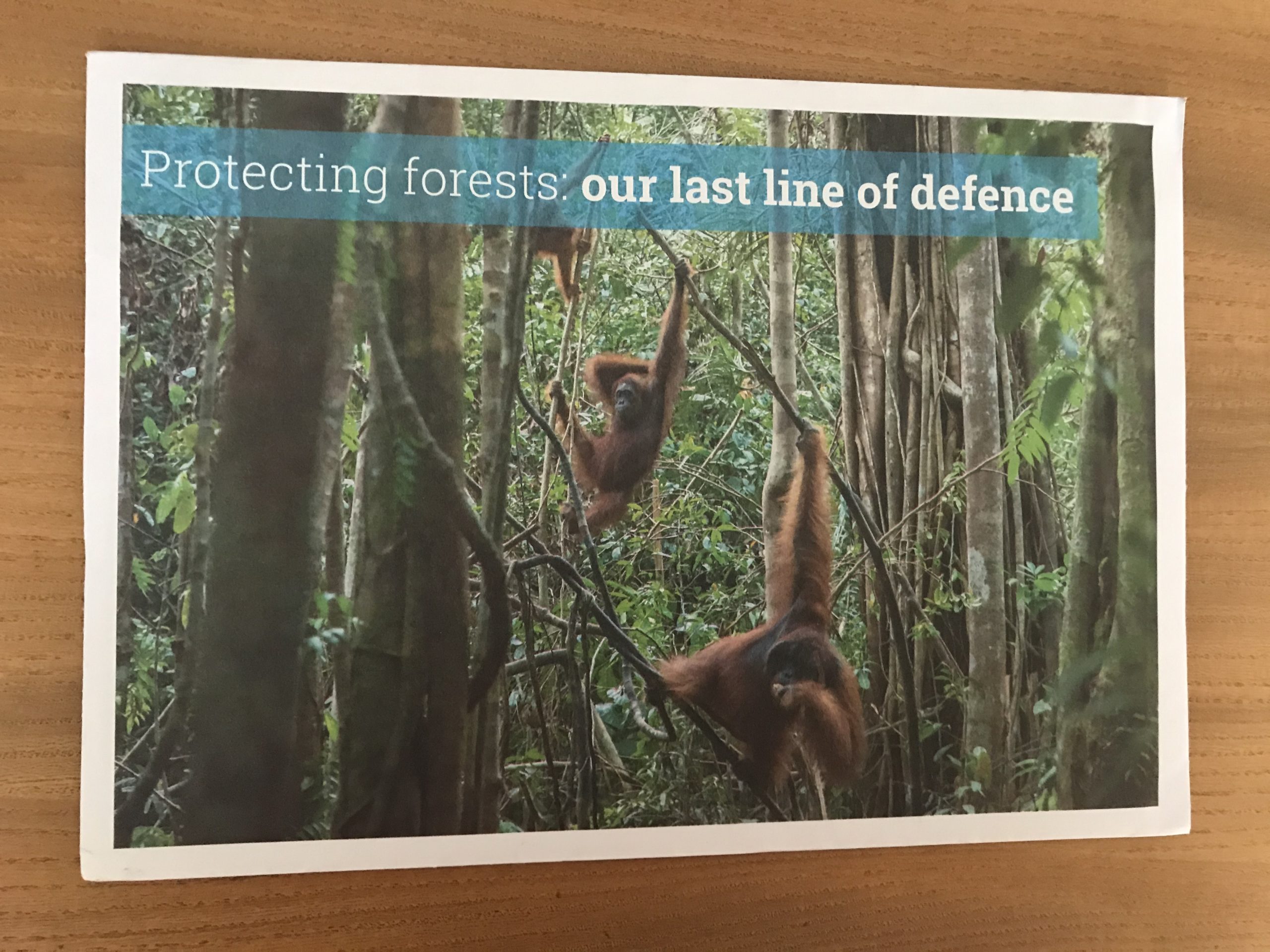 Protecting the rainforests of Indonesia

The Environmental Investigation Agency asked me to write a charity appeal to go to their supporters, highlighting an urgent situtation that was threatening the Indonesian rainforest.

Using the coronavirus pandemic as an excuse, the Indonesian Ministry of Trade announced that it was going to water down its timber laws. Environmentally, this was a catastrophic decision which would have incentivised illegal logging, ruined the livelihoods of indigenous people, accelerated the loss of biodiversity and fuelled climate change.

Orangutans in Indonesia are in peril as their forest home disappears

Writing an appeal letter to supporters

Working together with the leader of the charity’s Forest Campaign and the fundraising department, I wrote an appeal letter together with a ‘lift’ piece that gives further background on the issue.

The charity wanted to highlight the battle that EIA campaigners fought during lockdown to convince the Indonesian Government to change its mind. The letter told this story while the lift piece outlined the importance of Indonesia’s islands as treasures of natural biodiversity.

For the first three weeks of lockdown, it was a real battle for EIA and its partners to stand up to the Indonesian Government. Faith Doherty, Forest Campaign Leader at EIA, says: “For 16 hours a day, I was sitting at a table in my living room, talking to people in Indonesia, America, Australia and New Zealand, bringing together a coalition of voices against the proposal. Meanwhile, our long-term partners, Kaoem Telapak, were working tirelessly to bring the issue to public attention and provide us all with up to date information.”

“Together with Kaoem Telapak, we presented a compelling briefing to the Indonesian Government. We argued that the new law risked driving a boom in illegal logging, and that all the work that Indonesia had done to protect its forests would be undermined.

Just days before the new law was due to come into force, the Indonesian Ministry of Trade announced that it had shelved its plans to dilute its timber regulations.

The EIA was delighted that Indonesia had decided to do the right thing, and would now continue to set the standard for timber regulations that protect its valuable rainforests.

But the threat of deregulation still remains in many other countries. As long as that is the case, the EIA will continue to fight to protect the world’s forests, along with the wildlife and people who depend on them. 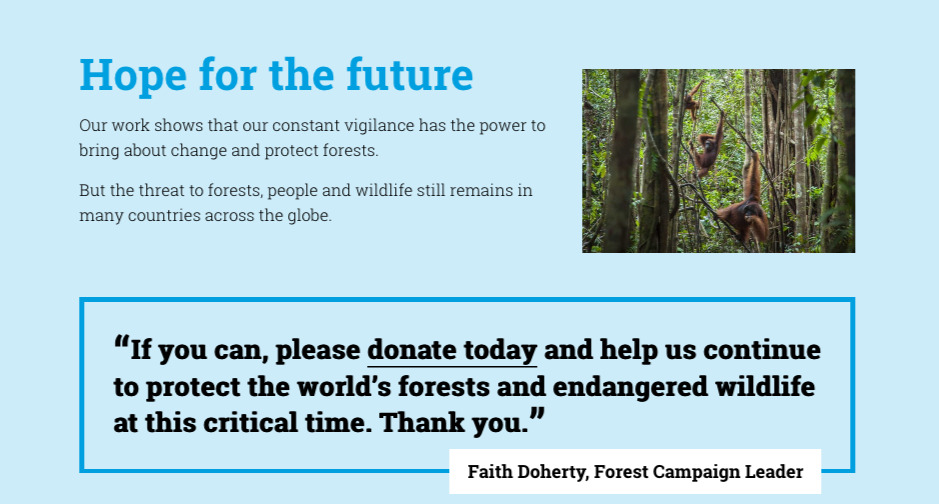 If you can, please support the amazing work that the EIA is doing to investigate and campaign against environmental crime and abuse. Here are details of the charity’s latest campaign and their Forest Campaign work.

My work with the EIA

I’ve now written several charity appeals for the EIA, as well as a number of long-form web pages to promote their work protecting elephants, tigers and pangolins. Find out more about my work for the EIA here and read news of another recent campaign on saving the forest elephants of West Africa.

“We have worked with Fiona since October 2019 on several fundraising appeals. She writes copy for our postal, email and online appeals. Her experience of writing copy for the web was also instrumental in improving the SEO of some of our web pages which now rank on page one of several Google searches.

Working with Fiona on a freelance basis helps build our fundraising capacity as and when required. She brings energy to our team and her enthusiasm and creativity are contagious!”