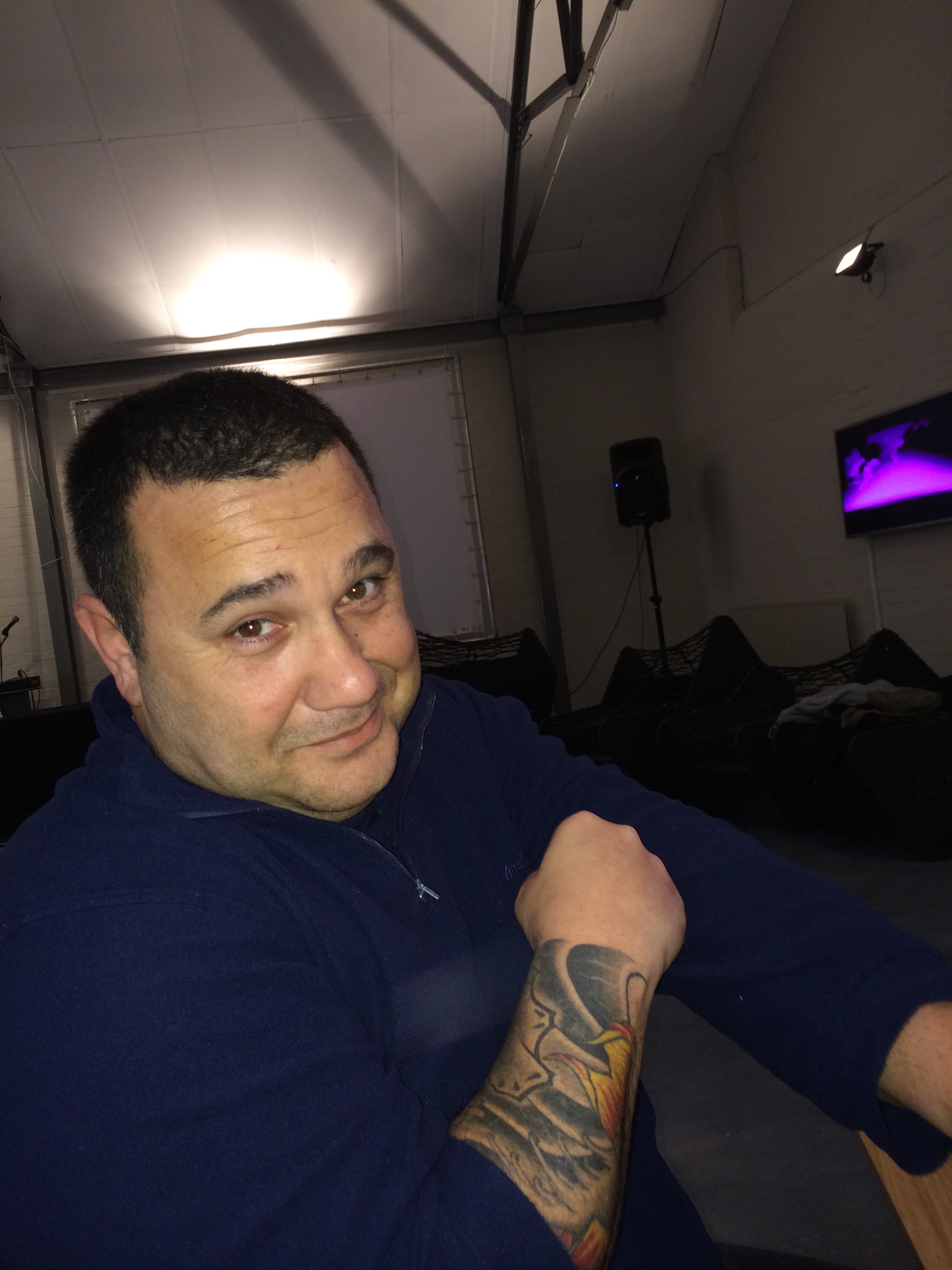 Mike Volpe is a true opera aficionado. For nearly 25 years, he’s been General Manager of Opera Holland Park, enthusing a new generation of opera lovers with an eclectic mix of outdoor performances.

Although his family comes from the mountains outside Naples, Mike grew up in England. He drinks Italian espresso, but when Chelsea play Napoli at Stamford Bridge, he’s adamant that: “It’s Chelsea all the way.”

As part of a Chickentown Radio special, Mike came to BL-NK in Old Street last week to talk about some of his favourite music.

1. Mascagni: Hymn to the sun

Mike’s first choice is the introduction to Pietro Mascagni’s opera Iris. He explains why. “In 1997, a year after we began the company, we thought we’d try to mine a different part of the repertoire to others. This opera came to light and at the time it was a rarity. This piece is a hymn to the sun, and it’s just a glorious piece of music.”

Growing up in an Italian household, there was often opera playing in the background, or an uncle singing traditional Neapolitan songs. “I sang all the way through school, and my school provided kids for the chorus at Aldeburgh,” he says. “Later I listened to a lot of John Martyn and was also really into prog rock, and I think there’s something vaguely operatic about that.”

Talking of the crossover between rock and opera, Mike adds: “I’m a big fan of Kate Bush. James (Clutton, producer at OHP) and I have often said that she would probably compose a really good modern opera. We’ve just heard a chorus about the rising of the sun and this is about the setting of the sun. It’s Sunset from her album Ariel. It’s one of the most beautiful things she’s ever done and includes a line that could appear in an opera – ‘Who knows who wrote the song of summer that blackbirds sing at dusk’.”

For his next piece, Mike chooses Le tue parole sono di Dio from La Fanciulla del West – which Opera Holland Park is putting on next summer. Mike loves this aria so much he’s had the words tattooed on his forearm. 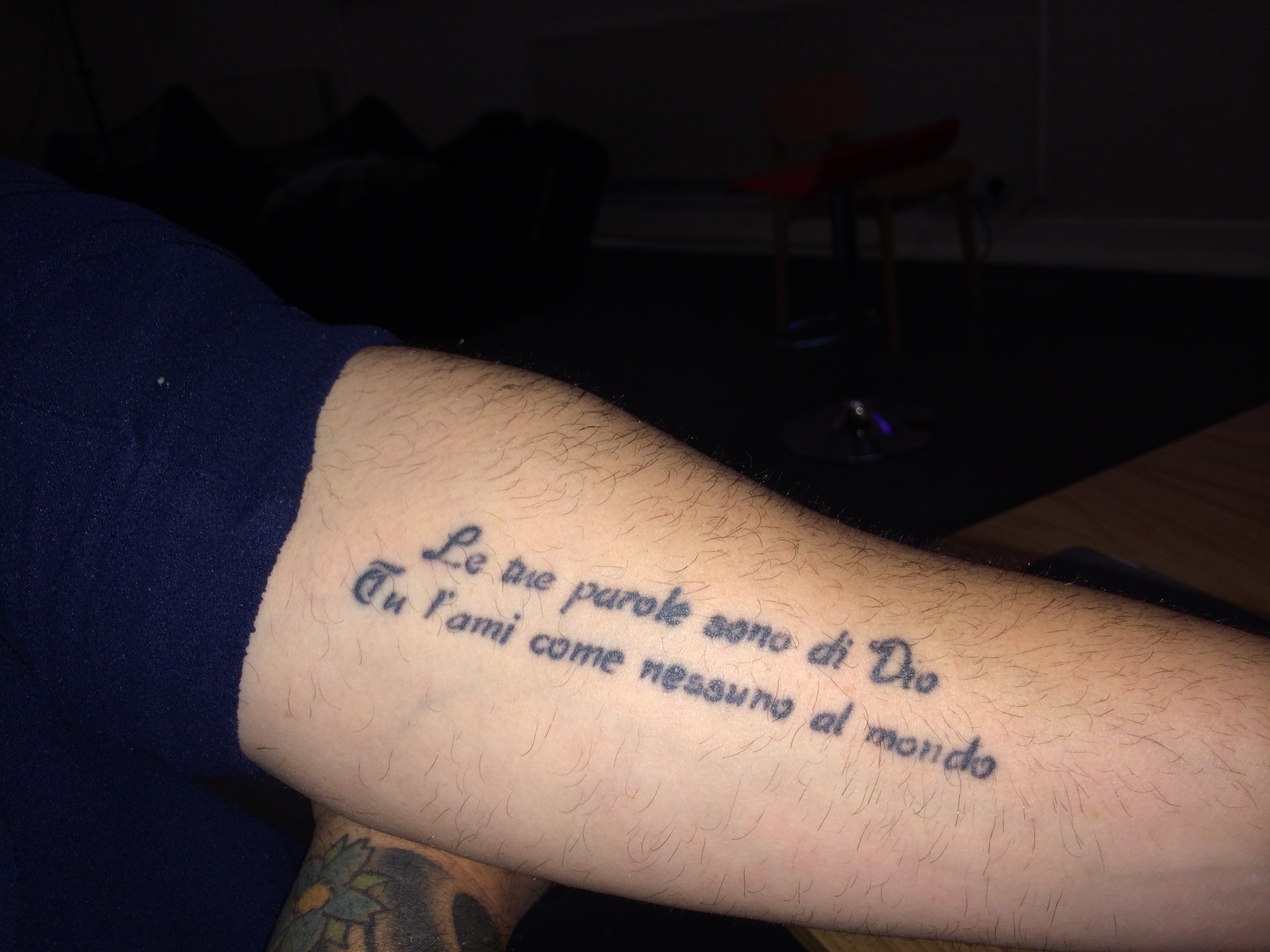 Operatic ink: “Your words are as if from God”

The opera tells the story of Minnie, a saloon owner during the Gold Rush, who falls in love with a bandit. The miners in the camp take against him and are about to have him hanged. “La Fanciulla del West is probably my favourite Puccini opera,” says Mike, “and this is a crucial moment of redemption. Minnie rides in with a pistol, stops the miners from hanging her lover, and sings this gorgeous soliloquy. Sonora, one of the miners, lets forth this line – Your words are as if from God – and then Minnie and her bandit ride off into the sunset together.”

Mike’s clear about the best aspect of his job: “James and I both say it’s the applause. It’s that moment at the end of a show when you know it’s a success and there’s a thousand people roaring their approval. That and working with all these incredibly talented people.”

Of course, outdoor opera isn’t so much fun if it’s cold, but Mike reckons the upsides of his job far outweigh the downsides.

Mike’s not complaining, but his next choice is what he describes as a “gorgeous lament”, sung here by the great Jessye Norman. “Beim Schlafengehen is based on a Herman Hesse poem. It means ‘going to sleep’, and is one of Strauss’ four last songs, which are all about dying. You could say it’s a bit miserable, but it’s just a gorgeous way to lament the end of your life. Strauss could do some incredible things with a voice and an orchestra.”

Mike describes how he came to choose his next piece, from L’Amore dei Tre Re by Italo Montemezzi. “The first piece we heard today was Iris, which was the start of our journey in rare opera. In 2007 we staged L’Amore dei Tre Re and it was a great success. It’s part of that school of late Italian composers who wanted to create their own new Italian language of opera. It’s just rollicking good fun. The soprano spends the whole of Act 3 dead on a slab, but she’s still part of the action because her father-in-law has spread poison on her lips in order to trap her lover. So we end up with three bodies on stage. This is the prelude to Act 3.”

L’Amore dei Tre Re fits the operatic stereotype of entertainingly over-the-top death scenes, but there are other stereotypes that are potentially more damaging for opera companies today. For example, opera is frequently perceived as expensive and elitist. Mike’s keen to argue that Opera Holland Park offers an entirely different experience. “Yes, opera is an elite art form in the same way that sport is elite. You want to be the best. But we’re entirely about popularising opera. We have thousands of tickets available at 12 or 15 quid, and about 1,700 free tickets for young and old. Opera Holland Park is intensely informal, and the critical thing to note is that most of the people who run the company are from very ordinary working class backgrounds. So if anyone demonstrates that all that elitist business is nonsense, it’s us.”

Point made, Mike moves on to his next choice: Trois morceaux après des hymnes byzantins II by cellist Anja Lechner and pianist Vassilis Tsabropoulos. He explains: “I’m very much into atmosphere in music and love music that mixes genres. This pair evoke atmosphere beautifully – this piece is just gorgeous.”

From a piece written ten years ago, Mike turns back to his childhood. As a boy, he was surrounded by renditions of Neapolitan songs, and his next choice is one of his mother’s favourites – Voce ‘e Notte – ‘the voice in the night’ by Roberto Murolo. “Part of the problem with Neapolitan songs is there’s some awful cheesy rubbish out there,” says Mike. “But there’s a stable of singers from the 40s and 50s who transcend those stereotypes. Roberto Murolo is a bit of a legend. He just sat there with a cheap guitar and played these gorgeous songs.”

“This song is about a man singing below a woman’s window, saying, ‘Don’t be alarmed, don’t look out, just remember our two voices together.’ It’s exquisitely sung and played, and is a perfect example of the veracity of Neapolitan music, which is a very potent and historic idiom. It evokes Italy and Naples and is really not that far off opera in its sentiments and the way it tells a story.”

Talking of Naples, I was keen to hear where Mike gets his Neapolitan coffee fix in London. “Mokarabia is a really nice coffee,” he says. “There’s a great little cafe opposite our sponsor Investec’s office in the city which sells it. One of those old places where cab drivers stop. So I go there when I’m in the City; Mokarabia is probably the best coffee around.” 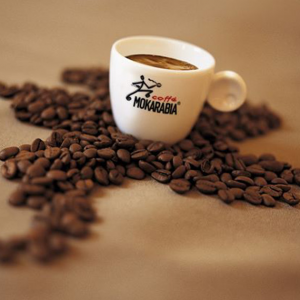 8. Film music: What Dreams May Come

Mike moves on to discuss the similarities between film music and opera. “Film is exactly like opera,” he says. “You have this melodrama and the music is used as an emotional rachet. I’m a big fan of film music and was very fortunate to meet composer Michael Kamen who wrote the music for the Band of Brothers tv series and Mr Holland’s Opus. This music comes from a 1998 film called What Dreams May Come, starring Robin Williams and Greta Scacchi. The premise is that heaven is what you want it to be. The music is very emotional and intense and Michael Kamen captures the sense of the film beautifully.”

Continuing in the film music vein, Mike’s next choice is an arrangement of the Cinema Paradiso theme by Pat Metheny and Charlie Haden. “Pat Metheny is a great hero of mine,” says Mike, “and this music is gorgeous. You don’t have to be Italian to appreciate Cinema Paradiso, but after spending so many summers in Italy, this music really conjures up that atmosphere for me.”

And what career would Mike have chosen if opera hadn’t got to him first? “There’s a question,” he laughs. “When I was 16 I was offered a very good opportunity to go to RADA. But I didn’t want to spend another three years studying. Maybe I could have been a rugby player. Apart from that, there’s a very good chance I’d have been a criminal. What I’d really like to do, though, is to run a fishing boat out of St John’s in Antigua taking tourists to catch tuna and barracuda.”

Mike’s final choice is John Martyn. “My oldest brother introduced me to John Martyn and I first went to one of his concerts aged 10 or 11. I just love him. He was an incredible songwriter and guitarist, and his Scottish sentimentality and the edge of violence that went along with it are an intoxicating mix.”

Looking ahead, there’s plenty to draw people to Opera Holland Park this summer. “We open with La Fanciulla del West,” says Mike. “It’s a challenging but wonderful opera to produce. We also have one of the great bel canto operas this year, Norma, which features the famous Casta Diva aria. We’re putting on Il Barbiere di Siviglia by Rossini and Adriana Lecouvreur by Cilea – a lovely romantic piece where the leading lady is killed by some violets laced with poison. And we’re doing our first Britten opera, The Turn of the Screw, which could work amazingly well in our space.”

“We’re also putting on Alice’s Adventures in Wonderland again, which we commissioned from Will Todd. We’re big believers in getting young kids to sit down and listen to opera performed by real musicians, and the demand for children’s concerts is consistently high.”

If you’d like to find out when tickets for this summer season are available, follow Opera Holland Park @operahollandpk. After all, where else will you be able to hear Casta Diva in the open air, see a Cheshire Cat sing or witness death-by-violets?